We building pre-launch DAICO ecosystem, based on IOU CN approach

We released it as IOUCN tokens.

IOU/CN token is a decentralized application in which the founder can issue his tokens - like IOUs - CN (convertible notes)   of the project, on the blockchain, of course. That is, all contributions to the project are fixed from the very beginning and the founder can pay them, for example, to designers, consultants, coaches. This allows startups to go through the "valley of death" with a significantly lower need for investment money, which, of course, increases the sustainability and survival of projects.
Then, when the project “ripens”, these tokens can be converted into real shares in the project, under a legal agreement, or redeemed from the “earliest” investors.

And since everything is transparent on the blockchain, the incoming investor immediately sees how much people have already invested in the project with their work.

IOU tokens are made compatible with regular Ethereum tokens, that is, they can be transferred, sold, and traded on the DEX exchange.

We have implemented a site where projects can show investors their track, cash burn, traction, right from the start. Investors can participate in the projects maturing by financing specific functions of products, giving them their crowd wisdom. All transaction are under escrow with smart-contracts until team finished work.

... In 1951  Eric Frank Russell created a novel ". . . And Then There Were None" which brilliantly described ideas of IOU economy. You can enjoy the original, we just cited some here.

... HOW TO DO STARTUPS IN IOUNOMICS

...You start a farm. A handful of local folks help you build a house. They dump heavy obs on you. The carpenter wants farm produce for his family for the next couple of years. You give it, thus killing that ob. You continue giving it for a couple of extra years, thus planting an ob on him. First time you want fences mending, or some other suitable task doing, along he comes to kill that ob. And so with all the rest, including the people who supply your raw materials, your seeds and machinery, or do your trucking for you.”

“They won’t all want milk and potatoes,” Gleed pointed out.

“Don’t know what you mean by potatoes. Never heard of them.”

“How can I square up with someone who may be getting all the farm produce he wants from elsewhere?”

“Easy,” said Seth. “A tinsmith supplies you with several churns. He doesn’t want food. He’s getting all he needs from another source. His wife and three daughters are overweight and dieting. The mere thought of a load from your farm gives them the horrors.”

“But this tinsmith’s tailor, or his cobbler, have got obs on him which he hasn’t had the chance to kill. So he transfers them to you. As soon as you’re able, you give the tailor or cobbler what they need to satisfy the obs, thus doing the tinsmith’s killing along with your own.” He gave his usual half-smile, added,

“And everyone is happy.”

More about our postventure approach 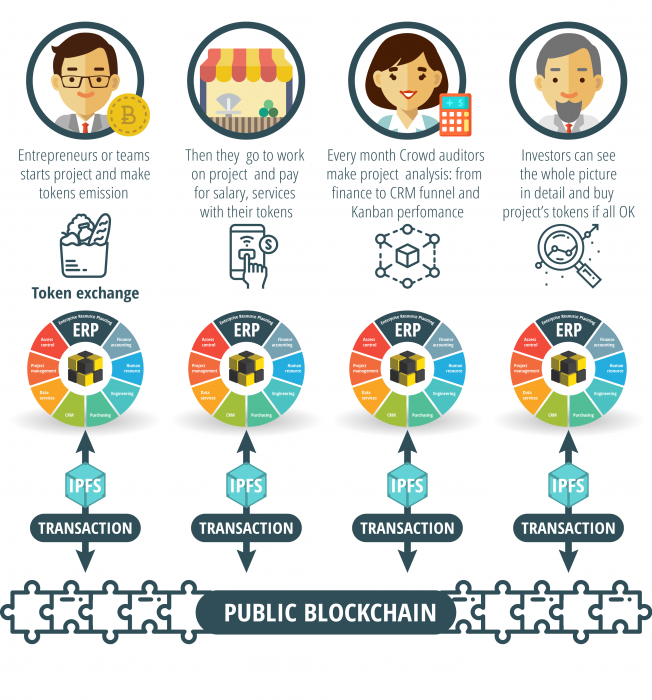